Risk of CKD Progression Lower in Women vs Men: Findings from the CRIC Study

Authors of the CRIC study found sex-related disparities in chronic kidney disease progression. Scroll through our slideshow to get the highlights.

Risk of CKD Progression Lower in Women vs Men: Findings from the CRIC Study

Background: CKD Prevalence and ESRD Risk. Men in the US have a 50% higher risk of ESRD, despite a lower incidence of CKD vs women. Men may have more rapid progression of CKD vs women, though previous studies have been inconsistent in their findings on this matter. Two possible explanations are that women may have slower decline in kidney function or that women may be more likely to die before progression to ESRD.

Conflicting Results to Date. Indeed, studies to date have shown conflicting results with regard to this clinical question. Some confirm that women have slower CKD progression, while others show no difference between men and women, or even faster progression in women. These studies had some limitations, noted above.

Aim of Current Study. Ricardo and colleagues set out to explore sex-related differences in CKD progression, and factors that may account for those differences, in the large and diverse CRIC.

Study Population. CRIC is an ongoing observational study designed to evaluate risk factors for CKD progression and its complications. The study included nearly 4000 patients with mild-to-moderate disease and was designed to enroll a similar number of men and women. Participants were recruited May 2003 - March 2008 at 7 US clinical centers (Chicago, Ann Arbor, Philadelphia, Baltimore, New Orleans, Cleveland, Oakland).

Outcome Measures. Primary outcomes of the study included incident ESRD, 50% eGFR decline, and incident CKD stage 5. Incident ESRD was defined as receiving kidney transplantation or chronic dialysis. Incident CKD stage 5 was defined as eGFR 15 ml/min per 1.73 m2. They also set out to evaluate the rate of kidney function decline, as shown by the eGFR slope over time, and death from any cause.

Results: ESRD Events, Deaths. Rates of ESRD and deaths from any cause over a median of 7 years’ follow-up were reported. ESRD rates increased in younger vs older age strata.

Results: ESRD Risk, Other Outcomes. Women had a lower risk of ESRD, 50% eGFR decline, incident CKD stage 5, and death from any cause, investigators reported.

Results: eGFR Slope. Mean eGFR slope was significantly lower in women vs men on unadjusted analysis, however, there was no significant difference after multivariable adjustment.

Conclusions and Implications. The findings of this study by Ricardo and colleagues suggest a sex-related disparity in CKD progression and mortality, though additional studies are needed to pinpoint the factors underlying the sex-related differences.

Conclusion and Implications. While the authors advance several potential underlying mechanisms for the observed differences, further study is needed to elucidate the role of biologic and psychosocial factors in individuals with CKD progression.

Men in the US have a higher incidence of end stage renal disease (ESRD), despite a lower incidence of chronic kidney disease (CKD) vs women. Men may have more rapid progression of CKD vs women, though findings from previous studies have been inconsistent. Now, results of a large, prospective investigation show that women with CKD have a significantly lower risk of developing ESRD, 50% eGFR decline, progression to CKD stage 5, and death vs men. Taken together, the findings of this study by Ricardo and colleagues suggest a sex-related disparity in CKD progression and mortality, though additional studies are needed to pinpoint the factors underlying the sex-related differences. 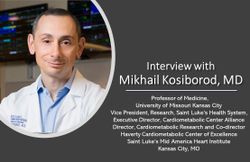 How to Optimize SGLT2 Inhibitor Therapy in Primary Care: An Expert Interview 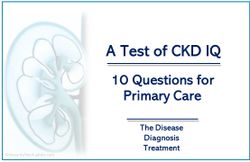 A Test of CKD IQ: 10 Questions for Primary Care Clinicians