Study: Most College Students Don’t Get STI Testing, but Self-tests May Help

Over 80% of college students surveyed said they were "likely" or "extremely likely" to use STI self-testing services if they could take it in the privacy of their own home.

Many sexually active college students have never been tested for sexually transmitted infections (STIs). A novel study published in the Journal of American College Health suggests that STI self-testing kits could change that.

According to the US Centers for Disease Control, combined cases of syphilis, gonorrhea, and chlamydia among young adults aged 15-24 years reached an all-time high in the US in 2018. Yet, while approximately 70% of college students were sexually active in the past year, only 8% of college men and 20% of college women were tested for STIs, wrote study authors.

In the first study of its kind, researchers from George Mason University’s College of Health and Human Services conducted an online survey of >400 students aged ≥18 years from a large mid-Atlantic university to assess their HIV/STI testing behaviors, comfort with self-collection procedures, and intention to use self-collection services for STI testing if offered on campus.

The study also found that students are more comfortable with some aspects of STI self-collection testing procedures if they are virtual. Students said they would be “very comfortable” completing an online request form for an STI self-collection kit (70.8%), answering questions about their sexual behaviors in an online questionnaire (75.2%), and getting text messages about their STI test results (54.1%).

Meanwhile, approximately 50% of students said they would be “very comfortable” discussing their STI test results with a health care provider.

“We hope to be able to offer STI self-testing options on campus in the near future and encourage other universities to consider the same, as we found that most students, regardless of age, sexual experience, and previous testing experience, were interested in self-testing,” said lead author Lisa Lindley, DrPH, MPH, associate professor of Global and Community Health, College of Health and Human Services, George Mason University, in a university press release. “These findings are especially timely during the COVID-19 pandemic, as access to HIV/STI testing in traditional settings has become more challenging and the CDC is recommending at-home HIV tests.” 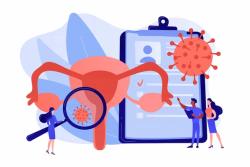 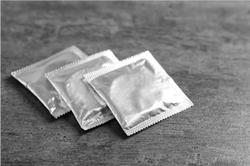