The best medicine I know for rheumatism is to thank the Lord that it ain’t gout.-Author Josh Billings

Another strong recommendation called for using colchicine in low doses when it is used for acute gout. Lower doses are as effective as higher doses at reducing pain and have fewer adverse GI effects (eg, diarrhea), the evidence showed. “Although a generic formulation of colchicine is now available, it is more expensive than NSAIDs or corticosteroids,” the ACP noted. “This is an important consideration for patients, especially as prescription drug prices continue to increase.”

No to Hasty Uric Acid-Lowering Therapy.

The ACP made a strong recommendation against initiating long-term urate-lowering therapy in most patients after a first gout attack or in patients who have infrequent attacks. The evidence does support the benefits of using uric acid-lowering therapy for shorter duration to reduce gout flares.

The ACP strongly recommended that clinicians discuss benefits, harms, costs, and individual preferences with patients before initiating urate-lowering therapy, including concomitant prophylaxis, in patients with recurrent gout attacks. If and when patients do have multiple attacks, those who opt not to initiate uric acid-lowering therapy can then revisit their decision.

Several clinical algorithms based on clinical signs and symptoms have good specificity and sensitivity for gout diagnosis compared with assessment of synovial fluid MSU crystals, moderate-quality evidence showed. Many algorithms had a higher sensitivity in patients with a longer history of flares than in those with more recent-onset symptoms. The ACP noted, “In certain situations, physicians should use clinical judgment so patients can begin treatment if gout is suspected.”

Misdiagnosis or delayed diagnosis of gout can result in unnecessary surgery, hospitalization, delays in adequate treatment (eg, antibiotics for septic joints), and unnecessary prescribing of long-term treatment. The ACP concluded that an accurate clinical algorithm that could be used in primary care would be especially valuable.

Correct gout diagnosis and differentiation of the disease from other inflammatory arthritic conditions is important because treatments differ, says the American College of Physicians (ACP). Accordingly, the ACP just released new evidence-based clinical practice guidelines to help improve gout diagnosis and management.The guidelines are based on systematic evidence reviews sponsored by the Agency for Healthcare Research and Quality and conducted by RAND’s Southern California Evidence-based Practice Center. They grade the evidence and recommendations with the ACP system, based on the GRADE (Grading of Recommendations Assessment, Development and Evaluation) method. The guidelines were published in the November 1 issue of Annals of Internal Medicine.Scroll through the slides above for highlights.Â For more information, links to the ACP guidelines are below: Diagnosis of Acute Gout: A Clinical Practice Guideline From the American College of PhysiciansManagement of Acute and Recurrent Gout: A Clinical Practice Guideline From the American College of Physicians 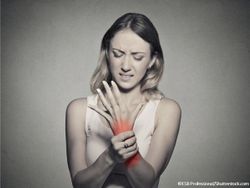 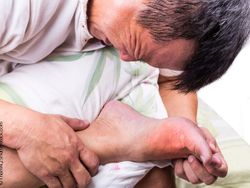 Post-Test on Gout in Primary Care